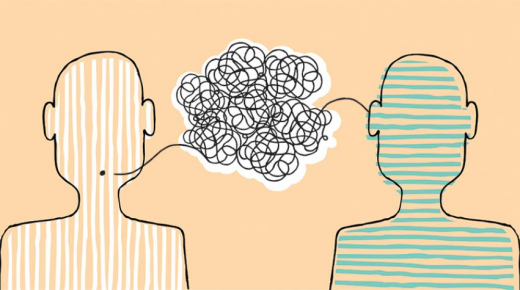 Hello buyers, today we are going to talk about one of the most common issues in a buyer's life: Negotiation!
Buyers are usually known for using their negotiation skills to achieve the expected result. Sometimes these skills are natural and other times they are developed in courses or exercises. This is also where we find the trap that can lead buyers to failure in the long run.
Among the hundreds of existing negotiation techniques (we will talk about them in another article), some suggest starting the conversation with converging points. That is, clarifying the topics on which the seller and the buyer agree in order to bring them together. Clarifying is an excellent technique if the buyer follows all the steps until reaching the goal of the negotiation. Let's use an example to make it easier: Imagine the negotiation of a certain raw material, such as sand for the production of glass. The buyer needs that specific type of sand, which the supplier has been supplying the company for several years, and now the contract needs to be renewed. The buyer requests a meeting with the seller and on the appointed date the supplier goes to the company. The item currently is single sourced with the supplier in question, and although both the commercial conditions and the relationship with the current supplier are considered excellent, the sand was placed on the list of items for their dual sourcing project due to the strategic importance of the item. This means the buyer must look for another supplier and divide the current demand between them. The buyer is relatively inexperienced in difficult negotiations, so he decides to use the approach technique. The buyer starts the meeting by thanking the partnership and clarifying how important it is to have a supplier like them. The supplier also showers the buyer's company with praise. The supplier, being more experienced, makes a point of saying that the buyer is the best among all customers he works with. The buyer then initiates the renegotiation of the contract by clarifying the technical specification, the terms of delivery, Incoterm, the payment term and finally the price formula. Due to the relationship’s length and the constant supply, both buyer and supplier agree on everything. The meeting ends quickly, with the promise that the buyer will send the new contractual draft for evaluation by the seller and that they will have lunch together.
Considering the scenario explained above, what Difficult Conversation did the buyer forget to bring up with the seller?
Let's follow our example a little further. The buyer sends the contractual draft to the Purchasing Manager to evaluate it (before sending it to the supplier), the Purchasing Manager is surprised by the demand forecast, which is part of the contract, and questions the buyer. The buyer then replies that he did not want to jeopardize the negotiation of the contract as a whole and was afraid that the supplier would possibly request further changes to the contract if the issue of dual sourcing was brought up. The buyer then decides to deal with this matter in the future when the demand effectively decreases.
What risks do you see when using this technique?
Although demand forecasting does not constitute a buyer's obligation, it is an essential planning tool for the supplier to ensure that all deliveries are on time.
Long story short, the supplier schedules to deliver the raw material considering the demand of the contract. In 6 months, the buyer develops another supplier, starts to buy 30% of the volume with this new supplier and then increases his quota to 50%. The inexperienced buyer “runs away,” from the original supplier's questions about lower demand, which invariably deteriorates the relationship with the purchasing company. The buyer's company is no longer seen as the supplier's top customer, and the buyer now has frequent complaints about late deliveries.
The problem with this fictional case is that the buyer was afraid of having a difficult conversation with the supplier. The best alternative would be for the buyer to start using the approximation technique, make it clear that both players (buyer and seller) are on the same side, explain the dual sourcing project (what it is, how it works, what are the characteristics of the items added to this list, and what the objective is), clarify that the raw material purchased from that supplier was included in the list and explain exactly what this means in practice (decreased demand).
This approach will demand greater preparation from the buyer, who must study what his concessions will be, his exchange currencies, and his ZOPA; however, the time spent before the renegotiation of the contract will be converted into time and headaches saved in the future. In the case of this example, the supplier could possibly agree with the new demand if there was a small adjustment in the price of the material.
As we have already said in other articles, negotiations are present in everything! From the Sunday lunch menu to the distribution of bills and household chores. You have dozens of daily opportunities to exercise the most diverse negotiation techniques — and in safe environments (it is better to apply a technique for the first time with your spouse or friend than with your supplier or boss!).
By far, the best piece of professional advice I ever received (which I took personally), and that if you allow me, to pass on to you is: Don't be afraid of difficult conversations! Whether with the supplier, your boss, spouse, parents, or your children. Lay out exactly what the rules of the game will be. The headache now is usually half of what it might be in the future, and as my mother already said “What’s a deal is not expensive.”
See you soon, buyers!